Campsirago Residenza began in 2008 as a centre for theatre study and production. Over the years we have expanded the scope of our activities to other performing arts, including site-specific performances, puppet theatre, Tanztheater and incidental music. The exploration of the language of contemporary theatre and the relationship between artist, spectator and landscape are key points throughout all of Campsirago’s activities.

The companies with permanent residency are ScarlattineTeatro, Pleiadi and Stradevarie and their base of operations is the 15th century Palazzo Gambassi in Campsirago, an ancient village on the slopes of the Monte di Brianza. The building also hosts various national and international companies which choose this location to create their works.

The residency programme organises three festivals, including Il Giardino delle Esperidi. We also organise courses for professionals and schools, and promote the performing arts in close relationship with the local community. Campsirago’s projects have a glocal scope, and we aim to work with both local organizations and the national and international networks of artists involved in cultural politics, creative residencies and theatrical production. These projects are put into practice through the creation of original shows, festivals and conferences. Campsirago supports the companies in residence by assisting them during the creative process and also by contributing to the financing and distribution of their works as well as providing continuous support during all phases of production. 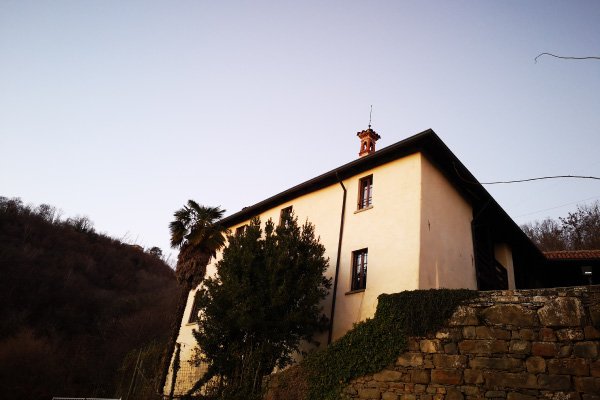 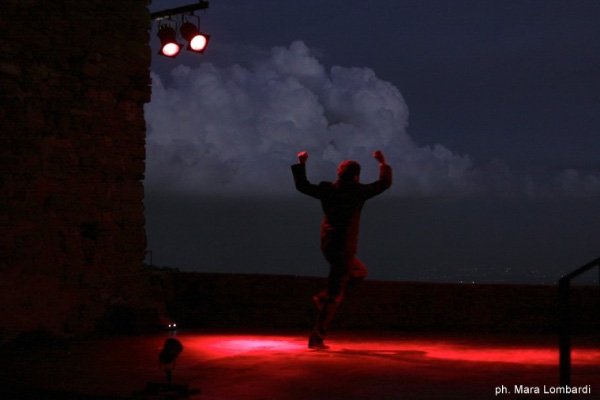 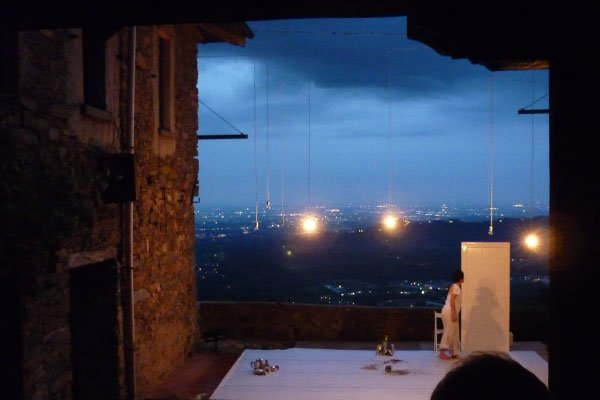 A residency in the countryside

A residency in the countryside

The residency programme is based in Palazzo Gambassi, a 15th century building in the village of Campsirago, deep in the countryside in the comune of Colle Brianza, province of Lecco. The building has guest rooms which can house 20 people, a kitchen with dining room, a rehearsal room, two outdoor stages of which one in the internal courtyard, a workshop, offices, a storeroom and 3450m2 of land with fruit trees and a communal vegetable garden.

Campsirago is an ancient hamlet located 670m above sea level on the crest of Monte San Genesio (San Genesio was an actor of the 4th century AD, now the patron saint of theatre performers). The village has 37 residents and is surrounded by a forest of mulberry and chestnut trees. These close ties with nature represent an essential element of our artistic development and are at the heart of the Esperidi festival and of the residency’s landscape-based productions.

The residency programme also has a wood and cotton yurt, the kind of tent used by the nomads of the central Asian steppes. Campsirago’s is the first theatre-yurt built in Italy and one of the largest in existence: at 10m across it can accommodate up to 99 spectators.

These spaces and the location allow the artists to feel at ease and their idyllic atmosphere assists the creative process. The two spectacular outdoor stages, high above the valley and illuminated by the stars and by the myriad lights of Milan, make performances here a unique experience.

Centuries ago, Campsirago was an important agricultural centre, however by the 1950s it had been completely abandoned. The hippie movement rediscovered the hamlet and the Cooperativa Nuova Agricoltura worked to make it once more a centre of agricultural activity, which helped to preserve the historic buildings and protected the village from property speculation. In 1990 a group of artists founded the Campsirago Teatro festival which has seen artists, musicians and theatrical people from all over Italy meet here.

The Campsirago Teatro festival came to and end in 2001, but a few years later, in 2005, ScarlattineTeatro took up this important legacy and decided organise a new festival in the village, which was to be called Le Esperidi. The intent of this festival was to focus attention on the relationship between theatre, landscape and spectators. The village, still partly in ruins, was the ideal location for this. 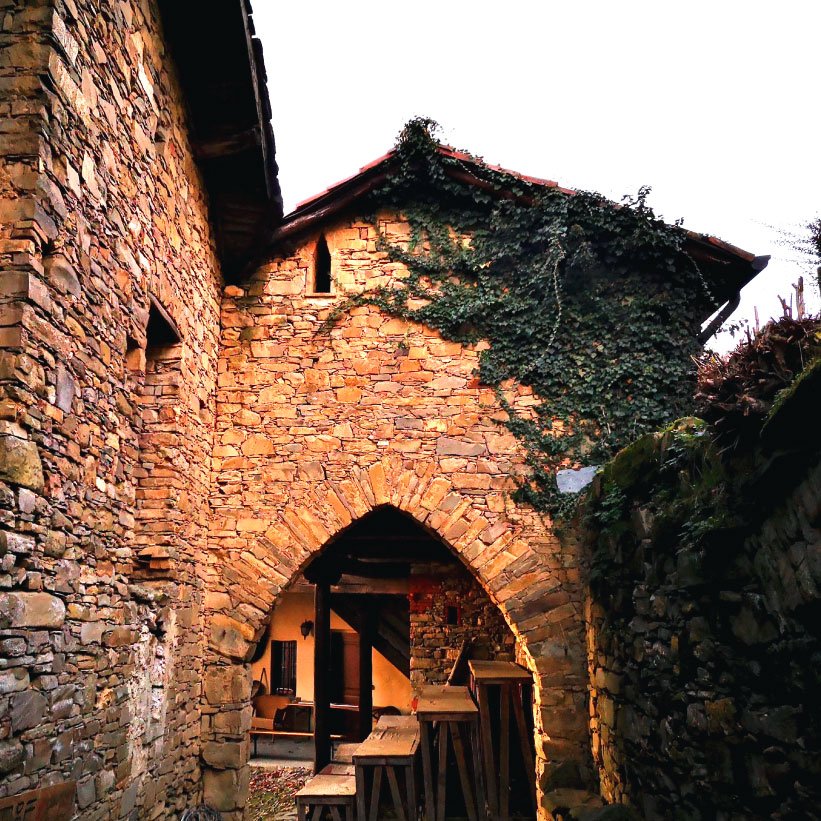 Over the course of the following years, the collaboration between the company, the local council of Colle Brianza, and the people living in the area took shape. The residency programme, which has been running since 2008 and was set up with the vital assistance of Fondazione Cariplo, is the result. A year later, in 2009, Palazzo Gambassi was restored and became Campsirago Residenza, and since 2010 has welcomed artists and companies from all over Europe, produced numerous shows and networked with other regional and national residencies. In 2012 and 2014 two “Cantiere Campsirago” calls for selection were published with the intent of selecting seven Italian theatre companies to receive technical support and assistance with production. Following this experience, the number of companies in permanent residency at Campsirago was expanded to four: ScarlattineTeatro was joined by Riserva Canini, Stradevarie and Pleiadi. In 2013 the MIBACT (the Italian ministry of culture and tourism) recognised Campsirago Residenza as a production company. From 2013 to 2016 Campsirago was an important player in two international projects: Meeting the Odyssey project and the IETM pre-meeting 2015.

Cantiere Campsirago is a place where new works can take shape and new avenues of study can be pursued. It gives artists an ideal space where they can work freely for extended periods of time. The creative residency focusses on multidisciplinary production and is home to directors, playwrights, actors, dancers, performers, land artists and all kinds of theatre and performing art professionals. Campsirago aims to be a place where new creative interdisciplinary projects can be freely explored and as such it is always open to new applications for artistic residency.

Over its fifteen years of operation, Campsirago Reidenza has built up strong ties with its public. The artists have the chance to present their work at any stage of completion, giving an insight into their personal creative process. This makes the public more than simple observers, as they now play an active role in the creation of the performances.

At Campsirago Residenza we value networking activities very highly. We truly believe in sharing experiences and working together with other residency programmes, companies, festivals and  theatre operators. Campsirago is among the founders of ETRE and Assitej Italia and is a partner in IETM, C.Re.S.Co. and A.N.C.R.I.T. Some of the residency’s most important projects were part of these networks, which are essential to our cultural activities with their meetings, shared projects, exchange of ideas and deep knowledge pool.

One of our current projects is Youth and Popular Education, in collaboration with Papillon Noir Théâtre of Caen and Kings Theatre of Portsmouth, which focusses on training fifteen young theatre students from Italy, France and the UK. We also take part in the International Academy for Natural Arts, a group of scientists and artists from various countries which in the coming years will experiment with new forms of performance in Italy, the Netherlands, Denmark and Slovakia.

Il Giardino delle Esperidi Festival, organised at first by Scarlattine Teatro and since 2008 by Campsirago Residenza, is an itinerant festival with performances staged in the woods, fields, ancient farmhouses, courtyards and villas of Monte di Brianza. This makes each performance a unique event which cannot be repeated. Over time the festival has sought an ever-stronger union between Art, in its various forms, and Nature. Over fourteen editions it has had over forty thousand spectators, has involved ten local councils, has staged over three hundred performances, of which seventy were first performances in Italy, and has been host to forty international companies. Campsirago Residenza has produced thirty-two original shows specifically for the festival.

Campsirago Residenza produces site-specific and theatre in the landscape performances, two areas which were the focus of some of the most important international projects we have contributed to. We also believe in fostering a love of theatre from a very young age, and to this end we have paid particular attention to shows for children from 0-3 years old. We produce and co-produce puppet theatre, Tanztheatre and civic theatre performances. Our performances put on over 150 times a year in Italian and European theatres and festivals.

Education is our other vocation and is one of our main activities. We offer various courses for adults and children at Palazzo Gambassi, as well as in our yurt, in academies, schools, and libraries. We approach the complex field of education by offering multidisciplinary courses which focus on arts and theatre as an inclusive tool for forging new relationships as well as for personal discovery, developing skills and sharing experiences. Campsirago organises yearly theatre courses, educational activities in schools and nurseries, intensive workshops for teenagers focussing on the relationship between theatre and landscape, advanced courses for professionals, and reading workshops for adults and children. We also host workshops organised by various international institutions.